Derrick McCants doesn’t see the wisdom of reopening classrooms this fall. The 21-year-old has been paying close attention to news related to COVID-19 coming from the media and his school but isn’t convinced that resuming in-person classes so soon is best. 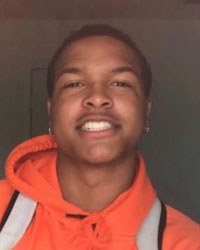 “I wouldn’t feel comfortable being around mass quantities of people,” said McCants, a junior at Florida State University in Tallahassee. “I just don’t believe we have this pandemic figured out.”

McCants, who is working toward a degree in athletic training, takes social distancing seriously and has been limiting himself to interactions with people who also “do the right things.” Having to be around those who don’t could be a recipe for disaster, he said, especially since students come from so many regions within and outside the United States.

“Some people might not have been social distancing, and it’s tough to get people to wear masks,” McCants said. “We would need to decrease class size. Maybe put two empty seats between people in the class environment.”

These are just the sorts of issues that administrators at many of the 5,300 post-secondary schools in the United States are trying to puzzle out for staff, faculty and their more than 14 million students, with guidance from their states and the federal Centers for Disease Control and Prevention. At the same time, the coronavirus is significantly hampering college and university finances, resulting in planned layoffs and budget cuts at many schools.

In a recent survey of 262 colleges and universities, the American Association of Collegiate Registrars and Admissions Officers (AACRAO) found that nearly 60 percent are considering or have decided to remain completely online this fall.

The California State University system intends to continue with online-only courses for most of its 23 campuses, affecting half a million students. Two other institutions in the state—the University of California, Berkeley and UCLA—may have students returning to some of their 10 campuses. 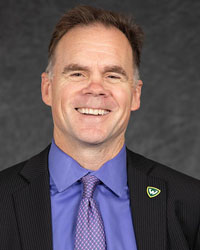 “The restart is far more complex than the shutdown because there are so many different scenarios,” said Michael Wright, vice president of communications and chief of staff at Wayne State University in Detroit, Michigan. WSU is trying to plan for a variety of unknowns, Wright said, including having far fewer students returning in the fall or more students than expected showing up.

“We know people will be uncomfortable even if the governor says it’s OK to open, and we’ve heard from students who want to get back in the classroom,” Wright said.

Either way, he said, WSU will be back in business come September. “We’re Wayne State Warriors, and we hope to get back on campus.”

Albeit with caution. The school doesn’t want students or faculty to be in lecture halls with large numbers of people, Wright said. “So, we suspect we’ll phase in the return with online and classroom instruction within social distancing guidelines,” he said. 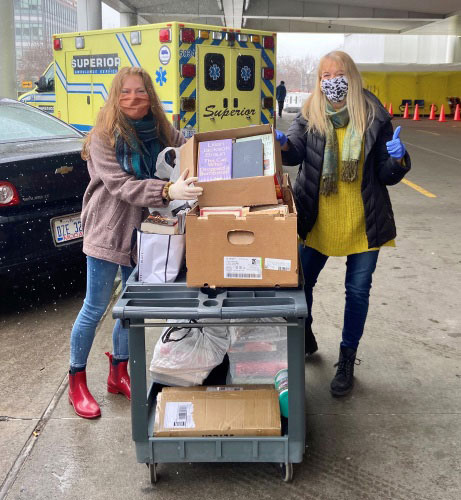 During a recent Zoom luncheon, WSU President Roy Wilson told students and alumni the school created a restart committee with nine subcommittees that are examining housing, dining services, testing recommendations and more. The university will be designating space in residence halls for students needing quarantine.

Understanding the importance of the college experience, Wayne State’s plans to welcome incoming freshmen include virtual small groups that allow students to connect before school reopens.

“We are going to be guided by what’s safe,” Wilson said. “I want to be sure I can look any parent in the eye and say, ‘Your child will be safe.'”

The school is prepared to pivot back to online or remote-only courses should another wave of coronavirus cases arise, Wright said.

The University of Notre Dame in South Bend, Indiana, also plans to bring back students. Its fall semester, however, is scheduled to start in early August, two weeks before the semester typically begins. The semester also will end earlier, in case a second surge of coronavirus cases occurs in the late fall, as health officials predict.

Like Wayne State, Notre Dame will alter its plans and go online-only if necessary.

The University of Pittsburgh thinks online classes are the likeliest scenario for its 34,000 students, at least until a coronavirus vaccine becomes likely. Still, the university is looking at other options.

When the pandemic hit, the school and its nearly 23,000 students went completely virtual, with online lectures and other virtual components. 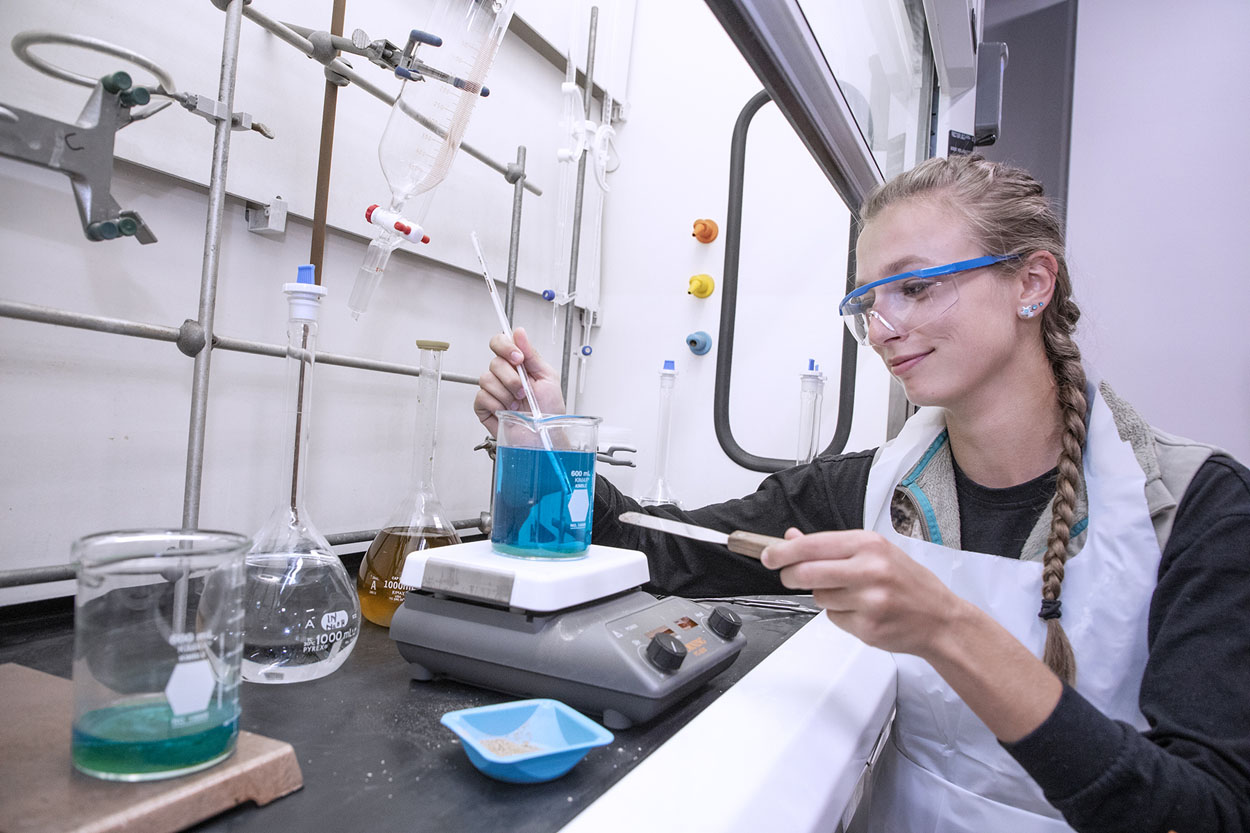 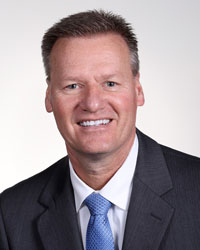 “You can do a lot with simulation, but nothing is better than the feel of holding someone’s hand.”

For summer and fall semesters, Gateway Technical faculty are developing a hybrid program that allows classes to stay online as much as possible. There will be two engineering programs, Albrecht said, one completely online and another with a face-to-face component.

Overall, the college plans to decrease the number of students in a lab to 10 from 17. In addition, Gateway is adjusting class schedules so fewer students overall will be on campus at any given time.

Leaders at the University of Kentucky recently asked the public to comment on its reopening plans. Administrators, who are considering requiring face masks in cafeterias and classrooms, say they would shorten the semester if it has a “normal” restart. The university also would adhere to social distancing in classrooms and encourage outdoor classes. 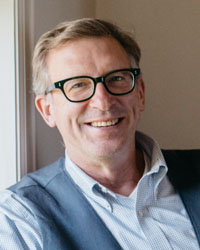 Then, of course, there’s an online-only plan.

Previously, online learning was a challenge at Detroit’s College for Creative Studies because art students were used to working in studios. However, Tuski said, they’ve adapted and become even more creative about how to present their work.

For instance, students tasked with developing clay models to help brand the new Ford Mustang learned to develop videos and animation instead.

“For an art design student, the quality of their portfolio is the most important thing,” Tuski said. “Since they missed out, we’re allowing some students—even graduating seniors—to come back in the last two weeks of July and part of August to use the studios.”

For Fall, CCS plans to start in-person classes and studio courses on Aug. 31—with appropriate social distancing. On-campus instruction would end on Nov. 25. After Thanksgiving break, students would continue with remote-only learning until the end of the fall term.

“We’ve really tried to figure out what students need to be successful,” Tuski said.

(The Chronicle of Higher Education is compiling a searchable list of college plans.)

As of this writing, more than 40 million people in the U.S. had filed for unemployment benefits; overall spending continued to fall; and property tax payments, in some states, have been deferred. All of which means impending cuts to state and federal budgets, a drop in donations and decreased enrollment in colleges and universities. Moreover, analysts expect declines in state support as schools look to weather the COVID-19 storm.

In Detroit, CCS provided prorated housing and dining refunds and refunded winter semester resource and graduation fees when the pandemic shut its classrooms. This summer, CCS plans to offer free housing for students living beyond a 50-mile radius as well as workshops.

However, such support—paired with supplying students with the technology they need to learn remotely while enrollment numbers and endowment donations drop—takes its toll.

“We are seeing a current dip in enrollment,” Albrecht said. “Families are uncertain. Their jobs are in jeopardy, and there’s this awkwardness from the state of the pandemic.”

Despite the possible cuts, Albrecht said, Gateway’s role as an occupational-skills educator gives it an advantage. The high rate of unemployment means people will seek employable skills.

“High unemployment means high enrollment. We serve those most in need,” Albrecht said. And because Gateway trains those considered essential workers, the school also is essential.

“It’s a whole supply chain system,” Albrecht said. “If any part breaks down, it affects the next generation of workers.”

The lengthy list of universities suffering from the financial consequences of COVID-19 also includes well-endowed universities. The University of Michigan projects a loss of $400 million to $1 billion this year, and Johns Hopkins University reports that 1,200 employees have been unable to work because of stay-at-home orders.

“Although we entered this crisis in a position of relative financial strength, our resources are already stretched,” Harvard President Larry Bacow, Provost Alan Garber and Executive Vice President Katie Lapp wrote in a recent letter. “If we are to preserve our core mission of teaching and scholarship, we face difficult, even painful, decisions in the days ahead. “We must look for more cost-efficient ways to deliver our essential services.

Dean for Research, donate books that were collected and disinfected to the Detroit Medical Center as a “rolling library” for COVID-19 patients.

“Because of the recent declines in the markets, the endowment, while still large, is not as large as it was previously. As it shrinks, it has less capacity to support our existing operations, especially as other shortfalls in revenue sources loom.”

The ending of the announcement thanks the Harvard community for its flexibility—something many academic leaders and students agree is a necessity.

While McCants doesn’t feel comfortable returning to the classroom at Florida State, he said he will adapt and do what he must to graduate.

“I would probably do online classes in the fall, just as they have us doing now,” he said. “But if some of my classes, like labs, require me to go in, I’ll go. I just hope they have fewer people.”